London is the capital of all things Harry Potter, and Harry Potter was the biggest reason as to why I visited. Although there are sights in Scottland, and Ireland, London is where the real magic is, and I had to see it before I die.

We went on a Harry Potter walking tour, the Strawberry tour to be precise, who are free but you can tip your guide at the end, and some of that money goes to charity. As London is an expensive city, it was nice to find one which was free- but we did tip our guide at the end. Not only did we see real life sights an inspiration, but retraced the steps around London J.K. Rowling took all those years ago when she was piecing together a world for what became one of the world’s biggest franchises.

I made a big dent in my Harry Potter Bucket List on this trip, here’s what I did:

The Black family home, No. 12 Grimmauld Place, was on Cravern Street when J.K Rowling was writing the books. The black houses definitely felt appropriate for the family. However, when it came to filming the movies, the streets were too narrow to shoot in and Grimmauld Place had to be relocated.

We were shown two different Diagnon Alley’s by two different tours. Our Jack the Ripper tour guide pointed out brightly coloured buildings at the end of an alley as the bus drove past, whereas, our Strawberry tour guide took us to Cecil Court. Cecil Court (and most of London for that matter was being refurbished so it was under scaffolding) so we didn’t get any pictures. Cecil Court has some cool bookshops as well as some spiritual shops selling crystals and books on witchcraft. Perhaps Diagon Alley was just a mixture of the two?

Knockturn Alley on the other hand, which is Goodwin’s Court, did look like what we see in the movies with it’s black rounded windows. People actually live there so we had to be quiet, and it gives off an uneasy feeling – especially at night.

There’s a sweet shop right outside of Goodwin’s Court which is where the inspiration from Honeydukes came from!

The Ministry of Magic has a couple of enterances, from dialling 62442 (which spells magic) on a payphone, or flushing yourself down a toilet. The Ministry for Magic main entrance is in the Great Scottland Yard, but they had to move a few things around when filming. The main arch way is in a different place in real life, and the phone booth was taken for the studio tour.

Platform 9 & 3/4’s in King’s Cross Station was what I was the most excited to see, as possibly the most iconic Harry Potter scene. They actually had to move 9 & 3/4’s from between the real platforms 9 and 10 because the sheer amount of Harry Potter fans there everyday was annoying for people actually travelling. Now it’s more organised with queues outside the gift shop – it’s free to take your own photo, and they even let you borrow a scarf and wand, but they have a photographer there you can purchase photos from.

The scene where Harry traps Dudley in a snake tank in The Philosopher’s Stone was filmed in ZSL London Zoo, and they have a sign up to commemorate it. Although it looks a little different than what we saw in the movie, it’s the real deal.

As I’m pretty much vegan, I feel iffy about zoos. There’s one part of me that feels bad that the animals are in captivity, but the other feels that between trophy hunting and poaching, and climate change, the wild isn’t safe for these animals anymore. As far as zoo’s go I liked that ZSL is has a very green message with information on the negative impact palm oil has on wildlife across various parts of the zoo, and showcasing plastic in the ocean in the aquarium. They also donate some of the ticket fee to conservation charities, and I’ve seen smaller less suitable enclosures in my time than what they have. While I’m still on the fence about zoos, and for that reason would rather avoid them, London Zoo is probably as ethical as a zoo can get. 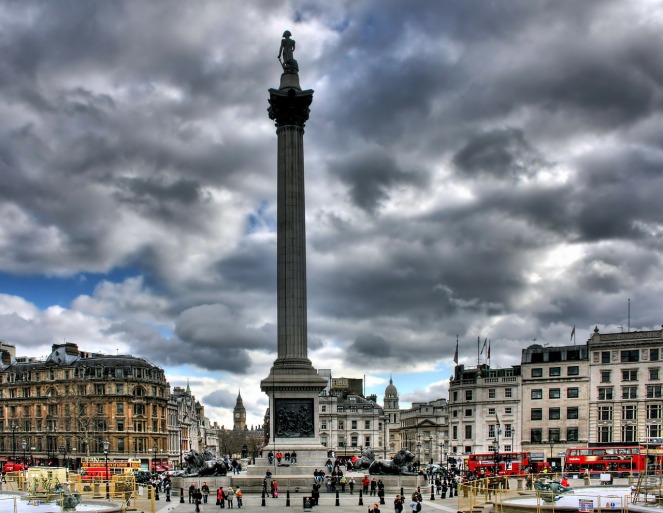 Normally London premiers take place in Leicester Square, but the premiere of Deathly Hallows Part 2 was so special that it took place in Trafalgar Square. Our guide told us about how it took Emma Watson four hours to walk from Trafalgar Square to Leicester Square, which normally only takes a few minutes, because she spent that long meeting fans! Daniel Radcliff was on Broadway at the time and when they didn’t want to give him time off to attend the premiere, he bought out all the tickets so he could go!

As J.K. Rowling said at the final premier:

“Whether you come back by page or by the big screen, Hogwarts will always be there to welcome you home.”