Disney is just so magical, and I don’t know what my life would be without it – from still not being able to watch the scene in The Lion King when Mufasa dies, to playing as pirates as a kids because of Pirates of the Caribbean, and being lucky enough to go to Disneyland Paris twice, it’s no surprise that I’ve a big bucket list of Disney adventures I want to go on, and some things I’ve been fortunate enough to do already! Here’s Disney themed things I want to do before I die: 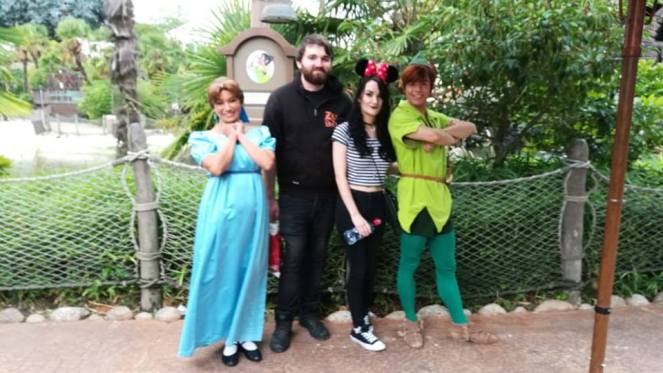 As I mentioned in my post after Disneyland, I’ve wanted to meet Peter Pan for the longest time. I’ve always adored the movie – and it was only when I got to Paris that I realised I should have brought my book for Peter and Wendy to sign – I held on to my childhood as long as I could and still lament growing up so he’s a character I relate to. Quite frankly, I dreaded growing up! I also wanted to meet him in Disneyland because the Peter Pandom days on Tumblr were so pure.

I don’t have a “local Disneyland” like the people in LA I follow on Instagram do, the closest I have is Paris. I first visited Disneyland Paris for it’s 15th anniversary when I was 11, and made it back for the 25th! I haven’t been to the other Disney resorts to compare to but from what I’ve seen, Sleeping Beauty’s castle in Paris is prettiest of all the Disney parks in my opinion. Paris is also one of my favourite cities in the world, and I can’t wait to go back sometime. 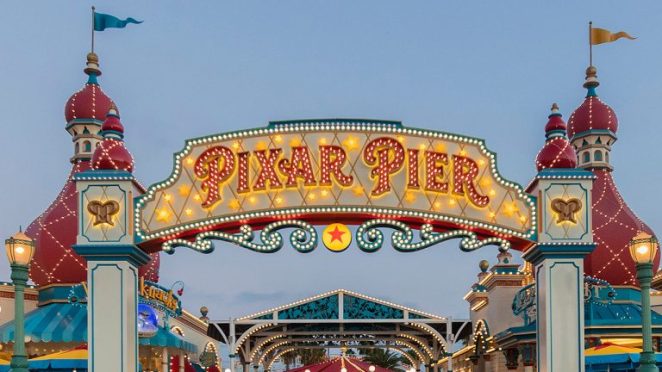 There’s a million and one reasons as to why I want to visit California, and Pixar Pier is one if them. It appears to be more carnival-esque than the theme parks so it would be an interesting change. It was originally Paradise Pier but rebranded as Pixar Pier & Paradise Gardens Park in 2018 as part of Disney California Adventure.

Hawaii is also a place I’ve always wanted to visit, and it wasn’t that long ago that I found out about Aulani, which is a Disney spa and resort. It only opened in 2011 so it’s amoung one of the newer projects. It’s different to the other resorts as it’s not a theme park, but sometimes you just want a chill replaxing holiday, and Aulani sounds like just the place for that.

See The Lion King on Broadway ✓

The Lion King has been my favourite movie since birth, so the first time I heard about the Broadway show, which was at least 10 years ago, I knew I had to see it one day. I was fortunate enough to get the opportunity to do that last year and it was just as amazing as I dreamed it would be – after all, it’s had a 21 year run and literally has its very own theatre! I did end up going alone because everyone else thought it was expensive – it is, but I had just come out of a very busy Christmas in retail so I had the money to treat myself, and it was absolutely worth it!

Go to Disneyland during Chrismas

I mentioned after coming home from Paris that I’d love to go to Disneyland for Christmas. Disneyland is magical all year round but there’s just something more magical about spending Christmas in the happiest place on Earth. At night Disneyland Paris feels a bit Christmas-y because of the lights, but image how much more magical it would feel during the festive season?

Go to Disneyland during Halloween

I also said I absolutely have to go to Disneyland for Halloween. A dream Halloween holiday would be going to Paris on October and going to Disneyland, and the Catacombs- which we tried to go to but the queue was too long for us to want risk missing our flight home.

I know there’s parks in Florida, Hong Kong, and Tokyo, it would be wonderful to go to all the Disney resorts and I intent on trying, but these are the ones my heart is absolutely set on!