I’ve been a massive fan of Gerard Way for most of my life, both as the frontman of my favourite band, and as a comic book writer. I’ve been waiting to see the Umbrella Academy on screen since I was at least 16, and it’s finally here!

I re-read Apocalypse Suit, and Dallas before the show dropped on Netflix so I’d have a fresh idea of what the series is about. 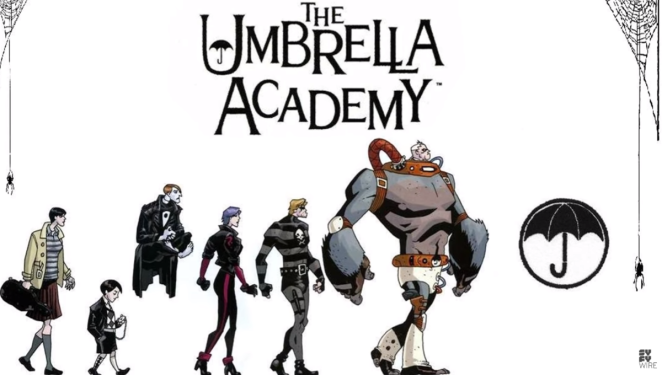 When 43 children are spontaneously born to women who weren’t pregnant, Sir Reginald Hargreeves, aka The Monocle, tracks down and adopts six of them. After his death, the kids are reunited.

The comics feel like a grittier version of X-Men, with a little Back to the Future, and I was curious to see how that would translate onto the screen. The great thing about the Umbrella Academy is that although it has concepts from other stories like I mentioned, it manages to be very unique is very much it’s own thing – if you were excepting an X-Men rip off you’re mistaken. 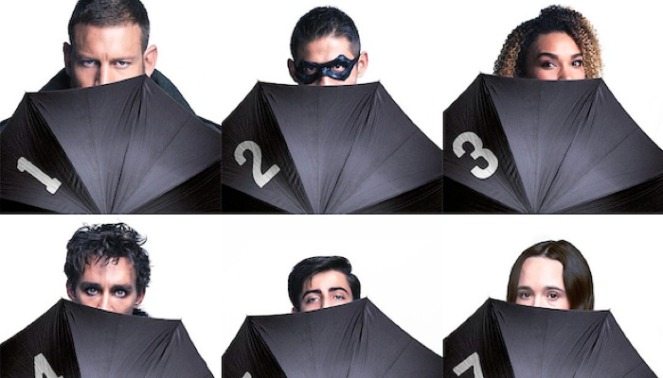 I was worried I’d hyped the show up so much that it wouldn’t live up to my expectation but it exceeded it.

Each episode is an hour long and they fly by because they’re so captivating.

Of course, taking a comic to TV means some changes, and normally I get a bit picky when things are unnecessarily changed when books are adapted into movies, but any deviations from the comics was actually really good. They dropped the superhero names so they all go by their number or first name, which makes sense because it would get confusing. For example in the comics its; Number One, AKA Luther, AKA Space Boy. Some characters who were difficult to like in the comics, like Diego, are much more likeable in the show, in fact Diego reminded me of Dean Winchester in this which is probably why I liked him so much. Klaus was my favourite character in the books, and he somehow managed to be even better in the show, I never imagined Robert Sheehan playing him when I read them but he’s absolutely perfect. After this I think Robert Sheenan needs to be Ireland’s new pride and joy because he was amazing!

I really wondered how the tone would come across or if characters like Pogo or Luther would look stupid (like how Will Smith as Genie in the Aladdin remake doesn’t look good), but they look great. The sound track is amazing, as is the visuals, so any concerns I had were dismissed.

The comics are quite white-washed and heteronormative, and I think it was a welcome change to diversify the Academy – without being all J.K Rowling about it i.e Gerard didn’t try pretend he never said Allison was white *cough* Hermoine *cough*. They just exist as they are, without trying to claim brownie points for it, so others should take note.

There are things that I’d love to talk about but I don’t want to spoil the show or comics, so go ahead and enjoy both!

Overall, I’m absolutely mind blown. Normally I try to find something to critique but I’m lost this time – it’s amazing!

17 thoughts on “What I thought of The Umbrella Academy”