The original 1988 Heathers was a satirical comedy about the newly popular Veronica Sawyer’s (Winona Ryder) disillusionment with her new life in the popular clique: the Heather’s. 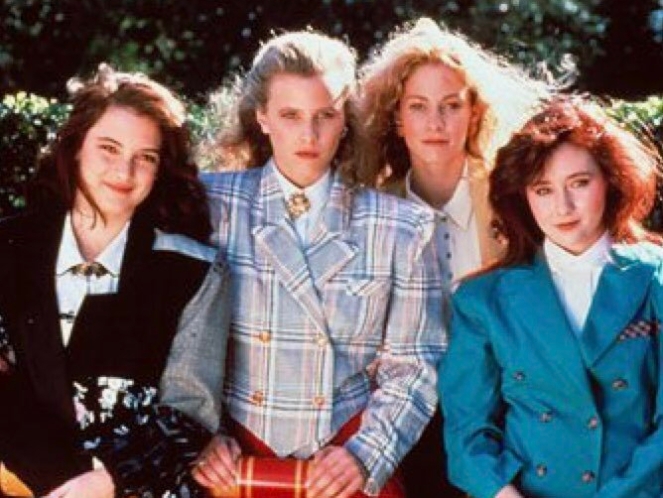 The Heathers being three conventionally attractive, semi-rich, popular girls, all named Heather. All embodying their stereotypes: the queen bee, Heather Chandler (Kim Walker), the jealous bulimic servant Heather Duke (Shannan Doherty) and the dense cheerleader, Heather McNamara (Lisanne Falk). They’re even colour coded with red for power, green for envy and yellow for benevolence or childishness respectively (Heather McNamara is the arguably the nicest and most immature Heather).

Heather Chandler’s red scrunchie is passed on as a symbol of her power going from her to Heather Duke to Veronica. Veronica is usually clad in blue, arguably to represent how gaining popularity wasn’t all it was cracked up to be. Kurt and Ram are also the embodiment of the “sexist beer-guzzling jocks” in the high school trope. Everyone picked on Marta “Dumptruck” (Carrie Lynn) because 1. They were mean girls, and 2. Martha was everything the popular kids were not.
Heather’s served as a caricature of school life, and I haven’t even begun to talk about the teen suicide satire element.

The musical stayed relatively true to the original, not 100% but that’s expected when transitioning to a different platform. JD was much less sociopathic, but we did get some bops out if it such as Candy Store, and Seventeen.
The reboot seems to have lost touch with what Heathers meant and was about all together.

To be clear: I am 110% for representation. I think representation is so important, and LGBTQ+ people, POC, and different body types should definitely get more of it. However it should be done correctly.

The reboot seems to have flipped it on its head and implies the “average” students are now the marginalised. In fact the more of a token *insert marginalised identity here* you are, the more popular you are in new Heathers. My impression is that having POC, LGBTQ, fat Heathers was actually poor representation as those often marginalized are the ones bringing others down in this instance. It feels more like “anti-SJW” propaganda; suggesting those who want to be seen as equals are actually setting out to oppress the more “privileged”. Which obviously isn’t the intention of most movements. If they were trying to portray how backwards it is to have the popular kids pick on everyone else by flipping the roles, so far it doesn’t seem to be executed well. 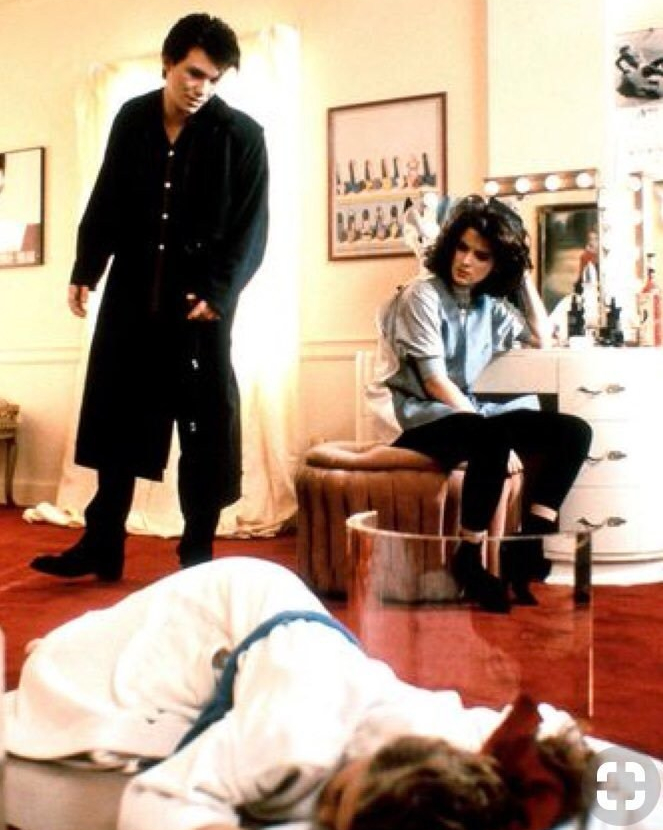 Heathers was ahead of it’s time. It was much darker and smarter than Clueless and Mean Girls which came after it. Sometimes you cringe at the likes of JD (Christian Slater) portraying Kurt and Ram’s (Lance Fenton and Patrick Labyorteaux)  “suicide” as the result of a “repressed homosexual suicide pact”, and the teen suicide aspect in general but it’s supposed to make you uncomfortable. It’s supposed to exaggerate these things, and times were different in the 1980’s.

The original was very much a white washed hetero-normative story and I’m in no way saying it was right to be like that, but representation has only made it’s way into popular and mainstream discourse in recent years, largely via social media activism.

Take a look at Friends which received a lot of criticism from younger viewers watching it for the first time on Netflix recently. They grew up in a period where being PC is more encouraged and considered than in the 90’s and early 00’s. I’m old enough to remember when someone of the more risque Friends’ jokes were generally acceptable and also young enough to see why they are “problematic” today.

Everyone jumps to complain when seemingly every week J.K. Rowling tries to take credit for representation she didn’t write via announcing a character was really *insert example here* all along. I know I’m digressing but J.K. Rowling just needs to admit she didn’t consider those issues at the time of writing Harry Potter but will be more mindful and aware for future projects. Heather’s didn’t consider more diversity in it’s day, and it largely played on stereotypes and caricatures but the reboot so far looks like it completely lost touch with what it was based on and that it’s concept was not understood. I’m not at all against a 2018 Heathers reboot with good representation, so long as the heart of the story stays the same. Have diverse Heathers, Veronica’s, and JD’s but remember what it’s based on.

Hollywood should absolutely represent the diversity of the human race, but not like the Heathers reboot. Heathers made it’s point and I hope it doesn’t get tarnished.